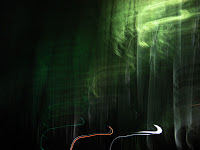 This 21st century psychic generation is a power that has no tolerance for out molded ideas of domination; they will see through deception and have the courage, skill, and strength of acting upon their psychic instincts without hesitation. They are born during a tremendous shift of consciousness; consequently they will change the course of the world in every facet of discovery through unprecedented accounts of psychic achievement.
Posted by barb@starmerge at 2:52 PM 1 comment: