Living in a Multidimensional Universe - Or What Planet Are You on? 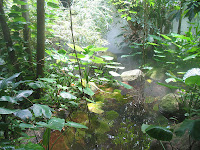 It's often said in jest "What planet are you on?" when realities clash. Living in a multidimensional universe is much like meeting people who really are from another planet.

There is a smorgasbord of realities available to us and whether we know it or not we really do choose which planet or universe we inhabit. This universe or planet is the mini version of the macro and it surrounds us like a bubble or an orb. Imagine lots of individual orbs all floating around each with their own individual world hard wired into them. This bubble is twofold. It is the protection of our bio-energy field but it also contains all memories of the soul's evolution past, present and future. From a cosmic perspective no such time lines exist as all is happening at once in multi parallel experiences.

As more humans awaken to encompass multidimensional phenomena then so it will begin to appear that time as such no longer exists. We will experiences time shifts that seem accelerated at one moment and slowed down at another. Technology really is changing the way our brains work, which on one level is positive but has its downside as I discovered during my recent travels in South East Asia.

Often I needed to use internet cafes and in all countries I travelled through from Sri Lanka, Malaysia, Thailand, Cambodia, Vietnam and lastly China, without exception I discovered young men playing with violent video games. In one such cafe I walked around and observed each monitor and out of thirty only three were not switched into violence.

So it requires some adjusting to accept that whilst we hear much positive news about the expanding multidimensional phenomena available to us, we often forget that there is an equally unpalatable phenomena that is also vying for attention. Whilst at an ultimate level of reality we may all one with all that is, in the current reality there is a force to be reckoned with that is opposing human evolution into a new paradigm.

More than ever before we need those who know to stop hiding behind their fear of exposure and invite them to come out and add their knowledge and foresight to the collective in whatever way that serves the whole.

The above discovery caused a conversation between me and a German school teacher. When mentioning my concerns he appeared to be unconcerned and said

"They know the difference between make believe violence and real violence."

This may indeed be true but it's missing the point. Being frequently subject to violent videos must surely act to de-sensitise one to acts of violence.

Practicing discernment on what we ingest on all levels will prepare us better for living in a multidimensional universe. If we spend our leisure time on sensationalistic pursuits by way of entertainment then we cannot wonder when a lull appears in our schedule that we feel discomfort and edginess.

It has been said in the UK that depression and obesity will take over as the predominant illnesses during this next decade. What does this say about the way we live our lives?

It demonstrates that the majority of people inhabiting a human body have not awoken to their multidimensional or cosmic selves. Therefore they are operating from an informational deficit. In other words their perceptions have been programmed by all they have ingested to date.

If this adds up to "Life's a bitch and then you die" paradigm then it is not surprising that depression and obesity prevails. The former comes from despair and the latter from eating our emotions instead of using them.

In this changing paradigm we cannot afford to sit on our laurels and pretend that everything is OK when the reality facing us demonstrates clearly that we are far from OK. We need to take personal responsibility now more than ever before for our personal and planetary evolution.

Taking personal responsibility means we no longer out project our dark side. It means we recognise when we are becoming a victim, rescuer or perpetrator by our behaviour. We need to be less arrogant with what we think we know and more open to the mystery that surrounds us. We need to learn to dance on a shifting carpet when the rug is pulled from under us challenging all our fears and insecurities. If ever there was a time to grow out of imaginary fears and insecurities it is now. If we do not do this voluntary the cosmic blueprints will kick in and kick us up the butt to ensure we do fulfill our soul's contracts.

Would we rather be pushed and shoved or walk willing into the loving arms of a multidimensional universe?

"There is an objective reality out there, but we view it through the spectacle of our beliefs, attitudes, and values." David G Myers, Social Psychology

This and other articles plus free E-Book available on http://www.multidimensionalreality.com

Article Source: [http://EzineArticles.com/?Living-in-a-Multidimensional-Universe---Or-What-Planet-Are-You-on?&id=6368906] Living in a Multidimensional Universe - Or What Planet
Posted by barb@starmerge at 10:36 AM No comments: