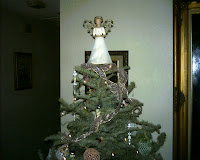 Like a breath of fresh air, President Elect Barrack Obama sets a new course for America that promises economic recovery in the years ahead. It won’t all happen in 2009 but rest assured that by the end of the year we will begin to see results and an upward curve in the world economy.

· General Motors continues to struggle through 2009 but will not fold. There will be a reconstruction of their entire corporate infrastructure. Aside from government support, business transactions with another auto maker will benefit everyone in the industry.


· The fastest selling automobiles this year are those Asian models like Nissan, Toyota, and all the new energy saving vehicles. They are rapidly replacing gas guzzlers and by 2010 we will see a whole new crop of amazing machines.

· Businesses in the area of natural energy such as wind, solar, geothermal energy, renewable and recycling are all productive and prosperous this year. Businesses associated with these areas will also benefit.


· New environmentally friendly building materials introduced this year meet with financial skepticism but will replace old and current materials successfully in the near future.

· Mortgage rates are lowered this year and the housing market begins to rebound.


· The US dollar begins to gain strength in the spring and a slight drop in gold is in sight.


· Terrorism continues to threaten American soil throughout the year as Al-Qaeda fuels battles to keep the US at war. An international incident regarding Saudi Arabia renews tension. However, there is more effort in maintaining the peace than in the whims of the terrorists. Russia is somehow involved with this.


· Iraq, Pakistan, and Afghanistan together post an enormous drain on American economics and military resources. President Obama reserves a team of personnel, money, and equipment to obliterate terrorist leaders and their followers. (That includes Osama bin Laden)

· Those of us who lived through the fire zones of Southern California will also be inundated with landslides and a sizeable earthquake.

· There will be rumors of attacks on America and assassination plans before or on January 20, 2009. These 44th historic events of the Presidential Swearing in Ceremony, the Inaugural Address, Parade, Balls and galas that honors the new President of the United States is without incident and most memorable.