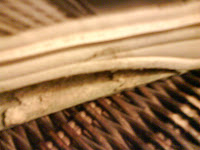 We all know of the incredible economic devastation that an Influenza Type A deadly pandemic can cause. For instance, the Swine Flu Outbreak in Mexico City, which is now World-Wide and coming back to bite us in flu season, perhaps, with a mutated strain, something potentially worse, yes these are scary times and they very much hurt economies as citizens are afraid to leave their homes.

Still, who is to say that the Mexico City outbreak was not man-made created in a lab? It is an interesting strain, not expected, and the strain does not seem to meet our best guess probability computer modeling for potential mutations. Now, I am not saying it was, it is possible that it occurred and evolved naturally, viruses do mutate, we all know this.

Still, we know from studies in Russia, and perhaps due to the hanky panky going on in China (bio-weapons labs) that there are a number of folks that could have easily put that together, and Mexico City, with its unbelievable density, might have been a place chosen by those bio-weapons creators, as a place for it to be tested? Why you ask?

Well, It's far away from Russia, China, and neither nation does a lot of trade there really, not like other very dense cities like Rio, where both China and Russia trade. If they wanted to test something in a large population, 20 million people in high density would allow them to track it and really estimate the biological warfare potential. I hate to be a conspiracy theorist, but it's not like there have not been Spy Novelists already write about this type of scary stuff. But what do you think? Please consider all this.

Note: All of Lance Winslow's articles are written by him, not by Automated Software, any Computer Program, or Artificially Intelligent Software. None of his articles are outsourced, PLR Content or written by ghost writers. Lance Winslow believes those who use these strategies lack integrity and mislead the reader. Indeed, those who use such cheating tools, crutches, and tricks of the trade may even be breaking the law by misleading the consumer and misrepresenting themselves in online marketing, which he finds completely unacceptable.

Posted by barb@starmerge at 7:04 PM No comments: