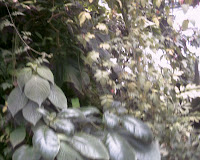 Lately the trend in vogue is going vegetarian and sparing thousands of poor souls the brutal onslaught at the slaughter houses, to serve as delectable dishes for the occasion and delight the appetite of the guests invited. PETA along with the fervent efforts made by many organizations has raised the awareness of the public and interestingly encouraged them to tread on the path of trendy vegetarianism or prompted them to go all vegan, despite Thanksgiving being marked out in the American calendar as a meat-influenced holiday. However, there is a subtle difference between being vegan and vegetarian. Being vegetarian means compulsorily abstaining from non-vegetarian food items like fish, meat, egg, dairy products and sometimes even excluding honey from one's diet. While being vegan means one chooses voluntarily not to consume non-vegetarian food items like the vegetarian mass of population and being content experimenting with the substitutes offered in the market.

Since long turkey has been the centerpiece of Thanksgiving feasting, hence most vegetarians tend to feel left out on that day, but now with this new trend in vogue one needs not worry at all. Though this idea of going vegetarian is gaining popularity at a rapid pace yet for most Americans, to celebrate Thanksgiving without turkey would be similar to having birthday bash without a cake, Christmas without tree or Fourth of July celebrations without fireworks. Over the years, majority of people are found gorging on the sumptuous meals cooked for the special occasion with turkey featuring as the main attraction in the menu. While vegetarians being the unfortunate lot nibbling on the leftovers and side dishes. But off-late, vegetarianism has been on the rise, with about 6% of the American population saying they never eat meat, the figure shooting up to 10% among those aged 18-34, according to a recent Vegetarian Resource Group Harris Interactive Survey. There may be variegated reasons for people opting for a vegetarian diet. Whatever the reason may be: religious, ethical, health considerations or out of serious concern for the environment or animal rights, its true that unknowingly one is likely to receive health benefits from it. In fact a recent study indicated that one out of every eight turkeys is infected with salmonella bacteria. Thus avoiding the consumption of turkeys may not be a bad choice. Again "The American Dietetic Association" says that the nutritional benefits of vegetarian diets include lower levels of saturated fat, cholesterol, as well as higher levels of fiber, folate and anti-oxidants such as vitamin C and E.

This new generation of vegans and vegetarians however now has a reason to party and celebrate this festival with friendly food and resources at their display to choose from. In fact vegetarian Thanksgiving can be a glamorous affair taking into consideration that being vegetarian is now in rage for the fact that is the best way to show your compassion towards the animals as well as living healthy, keeping ailments such as heart disease, cancer, strokes, diabetes as well as food poisoning at bay. In 1998, growing awareness about the unhealthy conditions in which the turkeys were kept and the inhuman manner in which these were genetically engineered to grow twice as large and twice as fast as their ancestors to keep in pace with the growing demand, prompted families across North America to participate in a tradition where they adopted turkeys instead of eating them. In a way the turkeys were treated as guest of honor. More so, till date PETA, the group for animal right protection has also been consistent in its effort to prevent the slaughter of these innocent birds by featuring Thanksgiving e-cards on its websites that say "Don't Eat the Mascot" and "Happy Tofurky Day" instead of "Happy Turkey Day".

In recent times, in fact since 1995, America's leading turkey alternative is "Tofurky" or in other words "Tofu-turkey". It is the best way to satisfy the vegetarian and the non-vegetarian populace alike by offering this meat substitute which is equally appealing as their non-veg counterpart. In fact over the years, turkey has been completely bowled over by its substitute, "tofurky'. PETA supports this effort by listing out a host of recipes to choose from, including "Tofurky" roast, dumplings, giblet and mushroom gravy, tofurky wild rice stuffing and wishtix, "Unturkey", "Tofu turkey" are all kind alternatives to real turkeys so that it is not missed at the Thanksgiving table. They are soy-based roast, stuffing and gravy that taste more often than not like the real meat. If tofurky is not your type, then one has the liberty to stick to the traditional dishes like corn, squashes, apples, nuts, cranberries, as well as favorites like pumpkin pie with a tasty crumb topping to appease your appetite. Desserts also come in all kinds of varieties wooing the vegetarian and the hard-core non-vegetarian mass alike with stuffs such as vegan pies in pumpkin, cherry blackberry and apple- cranberry-currant varieties.

This time that you plan a dinner for your vegetarian guests, you no more have to spend sleepless nights pondering what would be a good and viable choice of food items to be cooked. Your culinary art lies in preparing vegetarian food which will be enjoyed and appreciated by both the finicky children as well as by adults with more traditional tastes. There are certain tips that you can keep in mind while preparing food on Thanksgiving Day for your vegetarian guests:

· Prepare stuffing outside of Turkey. · Keep cooking utensils separate to prevent "cross contamination" between meat foods and vegetarian foods. · Use substitutions like vegetarian broth, soy margarine, soy milk and kosher marshmallows which do not have gelatin in its ingredients. · Frying can be done using vegetable oil and refraining from the use of animal fats. · Breads, beverages, fresh fruits and non-gelatin desserts can be offered aplenty as they can be served to the vegetarian and the non-vegetarian guests alike. · You can also ask your guests whether a product like the "Tofurky" brand vegetarian dinner would be welcome as well as invite them to prepare and bring a dish of their choice, if they so please. Thus, this year too all can stay soaked in the spirit of the festival by relishing the delicious food that are dished out and giving turkeys the right to live and enjoy their day along with us. The scenario has changed and perhaps for the better. Non-vegetarians no more need to grunt and grumble when the occasion is round the corner for there are recipes galore to court their vegetarian guests as well as the vegetarians now doesn't need to be cornered by this predominantly meat eating festival.

Sean Carter writes on holidays,
Thanksgiving Day
and world events. He also writes on family, relationships, Christmas, religion, love and friendship. He is a writer with special
interest in ecard industry and writes for 123greetings.com.
He is an active blogger at Thanksgiving Blog

Posted by barb@starmerge at 2:12 PM No comments: