Starmerge ATP Videos on You Tube

Posted by barb@starmerge at 5:01 PM No comments: 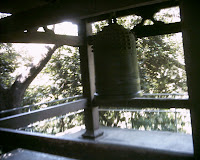 
Paranormal research has dwindled down to about a handful of any serious work here in the United States and likely so because of lack of Government funding since the 1980’s. Those few laboratories in the West function through the private sector and pathetically under funded.


For most of us, Paranormal Research continues to be a controversial science that we depend on to convince us that those curious functions of our mind that we call psychic are real.


China, on the other hand, takes the lead in being the only country in the world that has a nationally supported parapsychology research program. Chinese scientists have a variety of interest in moving objects with the mind such as evidence of psychokinesis displayed in the practice of Qigong. Known as China’s father of the missile, Qian Xuesen, a 97 year old missile and space scientist has declared paranormal research to be a top priority for the Nation.


Have no doubt that the rest of the world will take China’s lead and try to renew and improve the quality of research in parapsychology as business needs increase and the world population continues to evolve equally in their individual ESP function.


We are all in the process of shifting our focus from logical reason to relationships, mysticism, and metaphysics. We are all aware that we can create different scenarios of destiny. We gravitate to life enhancing thought and attitude involuntarily. We have emerged from the New Age movement of the 1980’s from external information of experience to an inner awareness world view.


The reconciliation of scientific research and the paranormal data of parapsychology implies a more holistic and transcendental metaphysical state of thought. This transformation of scientific study may produce an organization of rational thought to the study of an entity without a physical structure created from an exceptional manifestation of humankind.
Posted by barb@starmerge at 8:26 PM No comments: