2009 Psychic Predications; State of the Economy 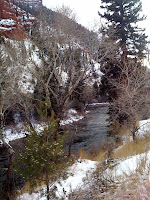 2009 Psychic Predications; State of the Economy
By Barbara Garcia

In the face of soaring unemployment numbers and shrinking unemployment benefits, it is hard to stay optimistic when evidence of economic recovery is nowhere in sight. As a planning maneuver there are a few good things to consider in this ongoing economic crisis that may well be a welcomed change in the way we do things in our society.
Take the Stock Market for example, one would logically assume that the markets would just stay down and not be fluctuating at all but investors are anticipating the upcoming plans of President Elect Barrack Obama for our economic recovery. Those who didn’t panic and sell off their stocks at a loss in 2008 will see their investments beginning to rebound during an upward trend in 2009. It won’t be one of those massive surges but those who did sell their stocks at a loss in 2008 will kick themselves in the pants.
Going over your portfolio right now and looking ahead might be a good idea. India’s economy remains fruitful in spite of the bombing and China will have one it’s most prosperous years of all time. Brazil is still very attractive but moving at a little slower pace in 2009.
The tax cuts, new spending increases on jobs, energy infrastructure, health care and education will all be implemented with little opposition. We will begin to feel some relief during the spring and summer but we will remain cautious and many of us will have changed our occupations all together as we become more educationally active with the land and new energy sources.
We will eventually all benefit from the changes that are put into place this year and the landscape of American families will reflect a healing theme of the past eight years. This new breed of corporate and political leaders unites businesses; strengthens productivity and assures prosperity in housing, natural agricultural upgrading, reductions in carbon dioxide emissions; even the fashion industry will play a part in our economic upgrade. But it is only the beginning; the best is yet to come in the next decade.
The magnitude of international conflicts is lessened in comparison to the previous years. Though there will still be incidents and aggression, turbulence is substantially less to overcome. Peace talks in 2009 have a more positive and stable affect on our state of economy, confidence and stability in the world view.

Posted by barb@starmerge at 2:37 PM No comments: