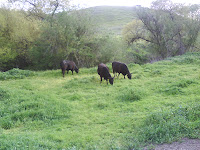 April Fools' Day, is a famous day that is observed in many countries on the 1st of April. On this day individuals play a number of practical jokes and several pranks and hoaxes on friends and family. The purpose of this purely fun day is to get a good laugh at another person's expense. It may sound crude but it is much fun for all involved, and you will always have a chance to get back at the person who pulled a prank on you.

April Fools' Day, is also referred to as All Fools' Day. It is one of the most fun-filled days of the year. The origin of April Fools' Day is still a bit of a mystery. This is because there really was not a "first April Fools' Day" that can actually be identified on the calendar. Some persons believe it may have come about in several cultures around the same time, from festivities that involved the first day of spring. However some individuals see it as a commemoration of the turn of the seasons, while there are others who think it originates from the implementation of a new calendar.

The most accurate point in time that can be considered as the start of this April Fools' Day tradition was in France, in 1582. In times before that year, the New Year was celebrated for eight days, which started on the 25th of March. The celebration ended on the 1st of April. So with the restructuring of the calendar under leadership of Charles the 9th, the Gregorian calendar was established, and New Year's Day was moved to the 1st of January.

In those times communication was of course not as keen as it is today. Therefore a lot of people did not get the news of the change in calendar for many years. On the other hand many individuals refused to accept the new calendar and continued to celebrate the New Year on the 1st of April. These persons were branded as 'fools' by the general public and they were in return subjected to being laughed at, and were frequently sent on 'fools errands' or were just set up for other April Fools' Pranks.

These practical jokes developed, over a period of time, into a series of pranks on the first day of April. This custom after a while extended to Scotland and England in the 18th century. It was some time after initiated in the American colonies of the French and the English. April Fools' Day began to develop into a worldwide day of pure fun, which entertained several cultures which specialized in their own kind of humour at the expense of their friends and families.

Do you know that in Scotland April Fools' Day is in fact celebrated for two days? The second day is committed to pranks that involve the latter area of the body. It is known as Taily Day. The 'kick me' sign was originated within that time. I guess it is safe to say that people of Scotland are fun!

April Fools jokes vary from something simple, for example: "Your shoe is untied", to something more extreme such as setting a friend or family member's clock back an hour. In any event whatever the prank may be, the prankster generally ends up shouting to the person being hoaxed, "April Fool".

Don't be a fool on April Fools Day. Be sure to get your jokes and pranks planned out before April 1st.

Posted by barb@starmerge at 6:29 PM