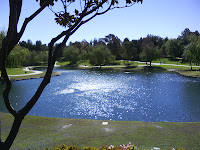 Is it really possible that Don Juan could command the movement of Carlos' attention point or time reference point to another dimension that he calls the Nagual and the sorcerer’s perspective? Can the adeptness of one person rise to know you better than you know yourself even at the level of the body conscious focus on the material world? Is INFINITY like the multi-dimensional soul which at some point is harmonized in ethics so much that it laughs at the stupidity of the soulful entities exploring the naive denial and rationalizing games our personalities playas we avoid the purpose of our soul? Could Don Juan shape-shift his alter egos and other dimension energy to become the reflection or mirror of the inner character of the student seeking to label something he knows so little about, in an "elaborate" construct that would be akin to a crook yet academically sound? Did he command this laughter response in another that easily?

Have you ever looked into yourself so deeply that you "didn't care to apologize" and "found the thought inadmissible"? What a life and so little holes in your soul you would have if only you were so wise and yet, what a curse and quite unlike 'any blessing it would be. Your knowledge of others and their intentions would make you feel so alone and so devastatingly unable to convey to others what games the ego does play. You might try to use intellect and be found arrogant. You might use love and empathy and be found invasive and intense. You might develop the austere distance of an impeccable warrior as Carlos was taught and then no longer need. No longer need! Anything! This is the world of Carlos Castaneda which calls out for humanity to look at itself and know how sensationally gifted our soul can be and in the final analysis how scary it would be not to actually care for another person at some intense level of need. But if there is no need in those dimensions what is there? Love and connectiveness as we have said; or purpose and productive involvement in creation on a collective and common basis, where each separate energy is never able to feel anything more than the most of whatever they want.

In Don Juan we see the laughter and his great power which has no application except to help the truly interested and committed student who sincerely commits to the path without knowing what is about to happen. The awe and inspiring nature of the courage makes the word warrior seem the only appropriate word to use. No Fear! This part of the Keltic Creed that the Toltecs knew and used so well in making other people rise within their own soul to achieve great oneness and beauty, is most important. Between the teacher and the pupil passes less than I would hope could be, but in the final analysis I envy Carlos, as I question Don Juan.

INITIATION: - What does it take to learn from the secrets of esoteric and adept scholars? Does one have to commit to pay money and be willing to attend endless lectures like Carlos did at UCLA under professors Meighan and Garfinkel? Perhaps it takes the willingness and intense desire he showed when he saw or felt an opportunity to learn the ways of the self-proclaimed last Toltec or a shaman of a lost culture? In some situations one has to go through so many hoops and hurdles with lots of tricks and traps that one wonders if there really is anything more than sorcery at work. Don Juan had to trick Carlos at first because he knew there was no way Carlos would really believe the simple truths of our cosmic and spiritual world. Is that a rationalization? Today you can learn a lot of these things from books and seminars. In most cases you should do this and then determine if there is some group who meets your own interests and requirements. Because we have just dealt with it as a highly shamanistic experience and because that is what the Druids and alchemists really were or are, and we recently dealt with that; we are going to quote a good explanation about shamanism that you can use as your own initiation if you so desire.

"shamanism Perhaps the oldest system of healing in the world, shamanism is prevalent in tribal cultures which, though isolated from one another, have developed beliefs and techniques with startling similarities {Unless you believe in long time world travel or astral and akashic cognition.}. The shaman is an individual who enters an ecstatic altered state of consciousness, which enables him to communicate with guardian and helping spirits and draw upon enormous sources of power. The primary purpose of shamanism is the healing of body and mind. It is also used for divination and to ensure good hunts and prosperity for a tribe or village.

According to archaeological and ethnological evidence, shamanism has been practiced for some 20,000 to 30,000 years. {The recent discovery of 90,000 year old drugs or herbal remedies in Neanderthal sites as well as the Mungo Man clearly moves this a long way back from a purely physical evidence point of view.}. It may be much older, perhaps as old as the human race. It is found all over the world, including very remote parts of the Americas, Siberia and Asia, Australia, northern Europe and Africa.

Shamanic systems vary greatly, but there are basic similarities in most systems {The Judaic Tree of Life and The Tree of Yggdrasil are more than just basic similarities.}. The shaman must function comfortably in two realities, the ordinary reality of the everyday waking world, and the nonordinary reality of the shamanic state of consciousness. The nonordinary reality is attained in a trance, which varies from very tight to deep coma and enables the shaman to see and do things that are impossible in ordinary reality. Once in a trance, the shaman enters the lowerworld by slipping into a hole or opening in the earth. In the lowerworld, he sees the cause of disease in a patient and knows its cure, and sees his guardian spirit and spirit helpers. He can shape-shift into these spirits and fly through the air. He performs his cures and can see into the future. When his shamanic work is done, he reemerges from the lowerworld back into ordinary reality. Shamans are also said to ascend to the sky in spirit boats or astride the spirits of sacrificed horses.

The nonordinary reality is as real to the shaman as is the ordinary reality. The things he sees are not hallucinations but are externalized. The shamanic state of consciousness is induced through drumming, rattling and dancing or, in some societies, by ingesting hallucinogens.

Shamans tend to be men {Women have more of these abilities in their natural state and require less altered consciousness.}, though women also can become shamans; some women shamans are extraordinarily powerful. In some cultures, shamans are involuntarily chosen by the spirits; they realize their calling in a transformational experience, often a serious illness that brings them close to death {For example Damion Brinkley of today.} and is self-cured. In other cultures, persons with natural shamanic gifts are selected at a young age, trained and initiated.

The shaman must obtain a guardian spirit, which is the source of his spiritual powers. The guardian spirit also is called a 'power animal', 'tutelary spirit', totemic animal' or 'familiar'. A common method of discovering and connecting with the guardian spirit is the solitary all-night vigil outdoors {It is often a death-defying experience to try to lie to your tribe about any ability if you cannot Do the work.}. The guardian spirit usually manifests as an animal, bird, fish or reptile but may also appear in human form. It is both beneficent and beneficial and brings to the shaman the, powers of an entire species {Or inanimate lifeforms with conscious wisdom like the trees and mountains.}. The shaman invites the guardian spirit into his body; it protects him from illness and from unfriendly forces in the lowerworld. Guardian spirits change over the years as the shaman's needs change.

After a guardian spirit is acquired, healing and divination may be performed. Healing techniques vary. A shaman may collect spirit helpers, which are the causes and cures of illness {The church believed this to the exclusion of the free will of people and the active ingredients of physical nature. Few good shamans would do this today, if they ever did.}. Spirit helpers are represented by plants, insects, small objects, worms and the like. When the shaman sees, in trance, the cause of an illness, he places one of these objects in the back of his mouth and one in the front. He then begins to "suck" the illness out of the body of the patient. The energy that causes the illness is absorbed by the spirit helpers in his mouth who protect the shaman from absorbing the illness himself. The helper in the back of the mouth acts as a backup, in case the illness gets past the helper in front.

In other techniques, the shaman descends to the lowerworld, or the realm of the dead, to bring back the soul of a patient or to retrieve a patient's guardian spirit. Some shamans exorcise disease-causing spirits in séancelike procedures or by invoking or cajoling them to leave the patient.

Sleight-of-hand tricks are sometimes used, but do not necessarily negate a healing.

Western interest in shamanism has been rising since 1951, when Mircae Eliade {Another Eranos Conference attendee.} published his landmark study, Shamanism. An increasing amount of literature has been written since about shamanic systems and the uses of hallucinogenic drugs.

Some traditions of contemporary Paganism and Witchcraft incorporate shamanic practices. Most of these concern raising energy, r, Otherworld journeys and healing. Some Witches, such as STARHAWK, consider Witchcraft essentially a shamanistic religion because raising energy, Otherworldly contact and healing are fundamental to it. Some Pagans say the same about various forms of contemporary Paganism. Pagan and Wiccan shamanism fosters a closer connection to the Earth and plays a role in the environmental and ecological interests of many individuals. It also plays a significant role in the creation of healing therapies especially tailored to Pagan and Wiccan spirituality.

There are many things we would have to agree seem unlikely to have the attributions credited to them by people who have done these things for millenia. That does not detract from the actual result and it can easily be said that science has made some similarly false attributions. The difference for us should be that shamans were doing something and scientists seldom actually achieved any great result.

Posted by barb@starmerge at 9:47 PM